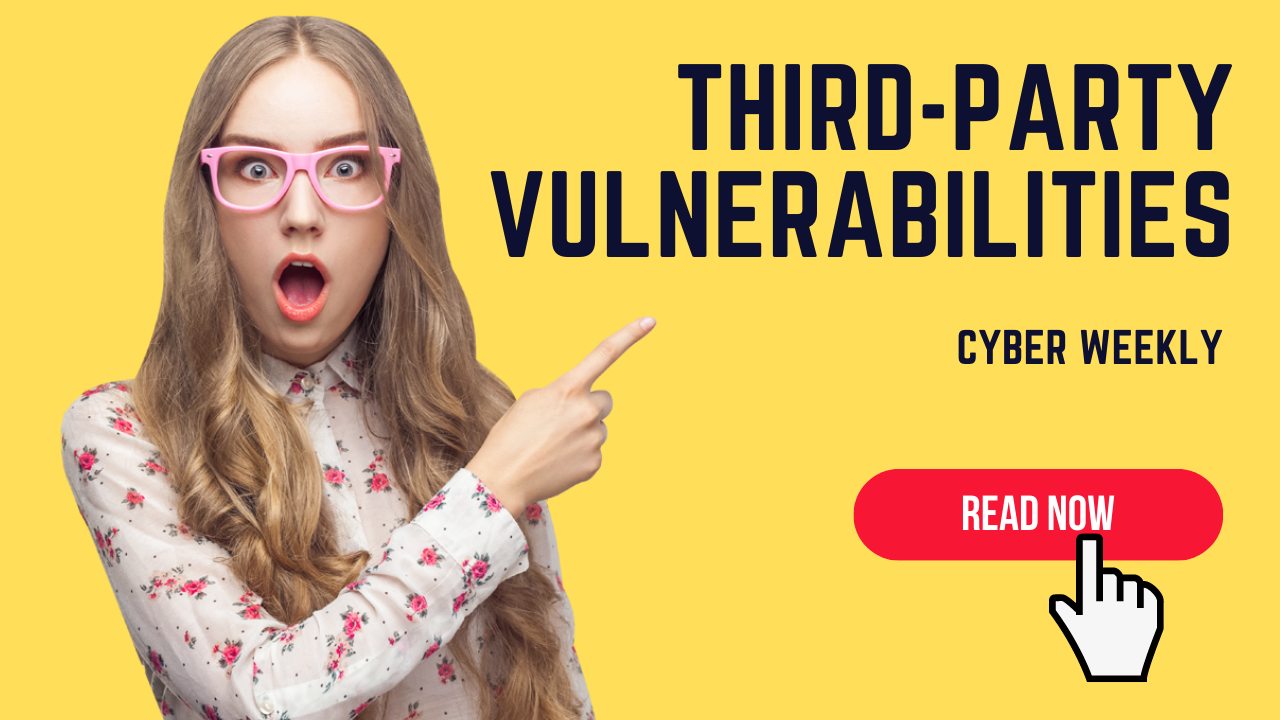 Third-party attacks, a strange situation in Australia, another form of extortion and Costa Rica, again!

Thanks to all 2081 subscribers! If you like receiving the cyber news every week, be sure to show your support by sharing the post. It helps a lot!

Tech company Foxconn has three factories in Mexico – one of which was just attacked by ransomware group, LockBit 2.0. Supplying some of the largest names in tech, LockBit 2.0 demanded an unknown ransom amount or and if not paid, they would leak the data they were able to access / steal. In this case, they may have valuable third party data. It is unknown if the company plans on paying the ransom, but their operations seem to have not been greatly impacted since the attack in May. (tomshardware)

My thoughts: Third-party vendors. We are going to see SO many attacks impacting companies because a third party / supplier / vendor was hacked. We saw it with Toyota and Sunwing already earlier this year. I will talk about these breaches in my LinkedIn profile. It’s very serious. You can be extremely proactive and careful, but if your vendors aren’t…

Ransomware on Pivotal Homes went from Bad to Worse

Pivotal homes is a “premier” home builder in South East Queensland's, Australia. They have been in around for 15 years and have suddenly gone into liquidation because the rising labour costs and constructions costs were too much for the company to bear. Obviously, very sudden for their 11 employees. The staff had no idea they were in financial trouble and were given no prior warning. However, the managing director, Michael Irwin said the company has debts exceeding $3.6 million. But it gets worse. They were attacked by ransomware two weeks ago. So apparently, the last 6 months of financial data are not available. (news.com.au)

My thoughts: After reporting over 100 cyber news stories, and owning a business in cyber security, it is in my experience that hackers attack the vulnerable (hospitals, charities) and the entities with money. In this case, we are not talking about hospitals or charities. Apparently, we are dealing with a near bankrupt company. Hackers thought they would be the best to ask for a ransom? This story isn’t adding up.

A New Level of Ransomware Unlocked

Ransomware group, IndustrialSpy, goes beyond breaching networks, encrypting data and selling it. If their victims don’t pay the ransom, they hack their websites and paste their ransomware note at the top of the website. It is not expected for this method of extortion to be widespread because it would be an extra layer of hacking the website. (bleepingcomputer)

My thoughts: As more and more victims refuse to pay the ransom, cyber criminals are going to get creative in order to get paid! I wouldn’t be surprised if we see even more extraordinary extortion methods in the near future.

I’ve mentioned Costa Rica three times. This is the fourth time they are in the news. They got hit with a ransomware attack by another ransomware group, called Hive. They specifically hit their public health service last Tuesday. Payroll, pension, COVID-19 results went offline. Employees were told to shut down their computers. It seems like this ransomware group has ties to the original hackers, Conti. (techcrunch)

My thoughts: This story gets worse every few weeks. The ransomware groups are continuing to pressure the government to pay the ransom. The government is still not paying. This story is getting out of control. I hope for quick resolution and a happy ending for Costa Rica.