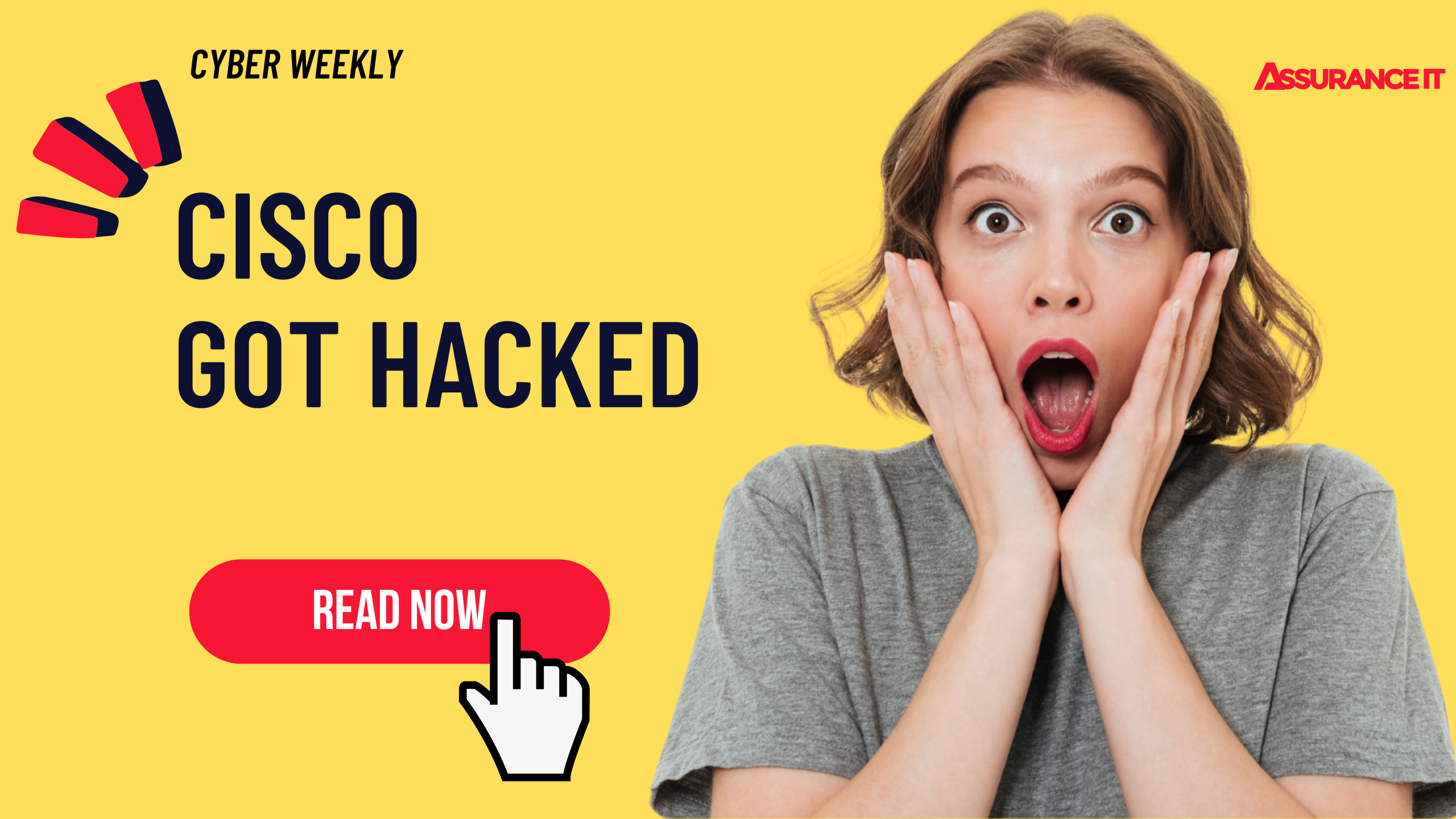 Thanks for sharing this newsletter to more people. You can share the post in the top right corner of this article.

CISCO confirmed they were attacked last week. They provided a detailed report explaining how it happened. Here is a short summary:

“The user had enabled password syncing via Google Chrome and had stored their Cisco credentials in their browser, enabling that information to synchronize to their Google account.

Once the attacker had obtained initial access, they enrolled a series of new devices for MFA and authenticated successfully to the Cisco VPN.

The attackers managed to compromise a series of Citrix servers and eventually obtained privileged access to domain controllers.

They only managed to steal the contents of a Box folder that was associated with a compromised employee’s account and employee authentication data from Active Directory.”

There is even more detail about the series of events here.

Another Third-Party Breach (Are these surprising anymore?)

Employees cannot access its network at the Union Des Producteurs Agricoles (Union Of Agricultural Producers), Quebec’s farming association after being a victim of a cyber attack last week. All their computers are affected, but this incident should not impact the farmers in the short-term. The hackers are demanding a ransom in exchange for a decryption key. (MontrealGazette)

My thoughts: This is hitting very close to home. We might be able to disassociate from the attacks because the “hackers” won’t try to target us. But this story makes it very real. Had farmers been impacted, we (consumers) would have been in big trouble.

BRP is the holding company for Bombardier Recreational Products Inc. They produce motorsports products including brands like Ski-Doo and Sea-Doo and they too were hacked last week. They took immediate action, but their operations went down. As a result, they are increasing production of products at their other facilities. They believe only their internal systems were impacted. The company noted that the attack was a malware infiltration through a third-party service provider. (financialpost)

My thoughts: Third-party risk management is coming faster than we think. If you had to deal with a ransomware attack that was caused by one of your vendors, would you continue working with them? Would you start conducting due diligence on your other vendors?